As we begin a new year, we can’t help but look forward to all the great new technology we will get to try out. 2017 is poised to be a crossroads for several major tech companies as Samsung looks to regain its reputation after the exploding battery fiasco, as Apple looks to bring some excitement to its recently less exciting incrementally updated products, and as Nintendo looks to retake its place as industry leader in video gaming after the Wii U failure. So, let’s waste no time and get right into talking about the new pieces of tech we can’t wait to get our hands on in 2017! 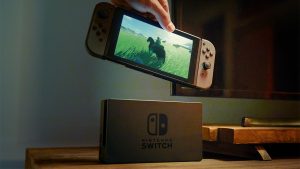 We don’t have a lot of solid information right now other than a very well-produced debut video, a tentative release date of March 2017, and the promise that more information would be revealed in January. The Nvidia powered gaming console is designed to be a hybrid of sorts; the Switch can be carried around for gaming on the go or placed into a dock that connects it to a television allowing for more traditional home gaming. An amazing feature that is truly revolutionary is the Switch’s ability to allow more than one player to play on the device when portable. Up to this point, Nintendo’s handhelds typically required all players to network their own personal device in order to enjoy some head-to-head gaming. This could be the differentiator that helps it compete with the PlayStation 4 and Xbox One. Watch the teaser video here.

Apple’s products have been selling amazingly well but the light is beginning to dim when it comes to Apple products that are truly game changers. Apple’s phones, tablets, smartwatches, and computers have been incremental advancements as of late. In particular, the iPhone has allowed Android phones like Samsung’s Galaxy 7 to steal market share and the attention of consumers. It seems like it was ages ago when you couldn’t predict what Apple would think of next. It is time for Tim Cook to show everyone he can lead a company that is as creative as it is efficient, and iPhone 8 is the best opportunity to do it. 2017’s iPhone will come at the 10th anniversary of the iPhone. As with the lead up to any iPhone release there are already rumors. One of the biggest rumors is that Apple is supposedly going to use a 5.8 inch AMOLED display for superior color quality. You can even throw no home button, a bezel-less look and wireless charging into the bag of rumors. 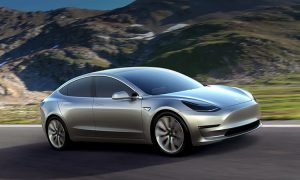 The electric car for the common man or woman. Cutting down on pollution just got a lot more affordable with the announcement of the Tesla Model 3. While it may be a downgrade from the Tesla’s of the past, this one will be priced for the mass market at $35,000. Even if this is the more economical version, the Model 3 will still accelerate like crazy due to its electric engine! Expect this one to hit the streets in late 2017.

What a strange year for Samsung. In 2016 its products were never more popular, yet it also suffered its most public and far reaching crisis the same year. The dangerously overheating and exploding batteries required the tech giant to recall every single one of its Galaxy Note 7s sold which is unprecedented (approximately a million phones). Even the flagship S7 was linked to some battery heating issues. Well, tech adopters have short memories and we probably trust Samsung has figured the problem out and will be keen to avoid this ever happening again. You just know they are going to go all out on the next generation phone. A Galaxy S8 that features a bezel-less 4k screen is enough to get happy about, and there is also speculation about super powered VR capabilities and a dual camera lens configuration. It is also possible that the headphone jack could be going the way of the dinosaur in favor of wireless audio accessories. Optional S-Pen stylus compatibility is also being whispered about as of late. We won’t have to wait long, a major Galaxy S8 announcement is expected by February.